Showing posts from 2017
Show all

October 26, 2017
One of my son’s first words was, “Mine.” He is one-and-a-half and the youngest child of our three. He has two older sisters who have routinely snatched toys, food, blankets, and stuffed animals from his hands. And so, early on he picked up this simple word and has shouted it with ferocity far more than any other thing he has said. “Mine!” John shouts while devouring grapes. “Mine!” John announces as he points to the swing. “Mine!” John cries as his sisters rip toys from his hands. “Mine!” John asserts as he meanders through the playroom. From the throne of his highchair our high king, John, daily declares, “Mine. Mine. Mine,” as he pounds his chest and points around the room.   The thing is, most of the stuff John thinks is “ mine ”, actually aren’t. And, even the stuff that is his is only his because he received it as a gift. As I look around the world right now I see a whole bunch of big people shouting, “Mine!” As tax codes are discussed in congress, people of
Post a Comment
Read more

September 22, 2017
To my fellow disciples who are simultaneously superheroes and their own worst enemy:  My daughter Delaney had a food allergy attack a couple of weeks ago. She snuck a cookie she knew she couldn’t have, took a few bites, and placed the rest back in the container. She then spent the next 5 hours extremely sick (really, really sick). Needless to say, the event was dramatic, scary, frustrating, depressing, and chaotic. It put us all on edge and brought out the best and worst of us.  My wife and I were at our best as we cared for our daughter. Seemingly experts by now at all-things-allergy, we responded with tact and discipline. We treated her and monitored her. As she grew sicker we cared for her, calmed her and reassured her. We also kept up with the other two kids in our house that still needed to eat, bathe, be entertained, and go to sleep.  Unfortunately, we were at our worst as the stress of this instance prompted us to throw barbs back and forth. I volleyed the first sho
Post a Comment
Read more

September 01, 2017
Dear Everybody, I wrote a similar post a while back called "Peace." In response to our current political climate and the devastation from Hurricane Harvey, I felt compelled to share a similar message. We're calling this one: Still. You may have guessed by now: Psalm 46 is my favorite. Peace, PSDH The Psalmist writes, “The nations are in an uproar and kingdoms totter…. Waters rage and foam; mountains shake.” These ancient words seem to ring loud and true in our contemporary ears. We live in a world where nations not only rise against other nations, but also seem to be in an uproar within themselves. Kingdoms once deemed unshakable, now totter. Political systems thought to be the greatest and most just have become bastions of corruption and greed. Those in authority have been known to abuse those they are responsible for. The poor and powerless suffer at the hands of hatred, self-indulgence, and sin. Images of raging waters flood the television screen.
Post a Comment
Read more 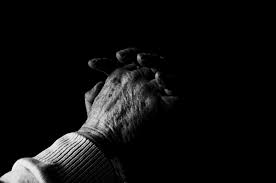 We were sitting at the beach on vacation with about a dozen family members when half a dozen phones beeped and/or vibrated in unison. A prayer request from a family member far away was sent out on the family group-chat: “Please pray that so-and-so’s baseball team wins.” The several conversations that were happening simultaneously on the beach united into one large chat about little league baseball. Aunts expressed their hopes for their nephew’s team; uncles asked questions about who was pitching and what the score was. At some point all of their eyes turned to me. My wife’s uncle asked the question many others were thinking: “Scott, you’re a pastor. Are you going to pray for his team?” Now, the polite answer would have been yes (even if it wasn’t true). But at this point in time, after days spent with extended family on vacation I had run out of politeness. So I simply said, “Hell no.” And then I went on a high and mighty tirade about spirituality in America. Indi
Post a Comment
Read more 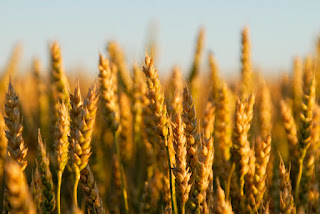 I’m just going to come right out and say it. God is a bad sower. God is a reckless farmer. God is a careless planter. In Sunday’s gospel reading Jesus tells the parable of a sower scattering seed. He says that as the farmer scattered seed some fell on the path, some fell on rocky ground, some fell in the thorns and some fell on good soil. Now, I’m an amateur gardener at best, but this much I do know: this is not the best strategy for sowing seed.  In a world that is flooded with scarcity theories (i.e. that there is never enough) this is a hard parable to hear.  Who would plant this way?  We’re tempted to think.  Haste makes waste.  We lament.  God, be more careful . We counsel.  Don’t plant there. Don’t scatter there. Don’t squander seed. Don’t exhaust your resources in places that won’t produce.  But what if we got over the assumption that the seed would run out? What if we knew that there was an overabundance of seed, a surplus so large it would never be exhausted? Woul
Post a Comment
Read more
More posts