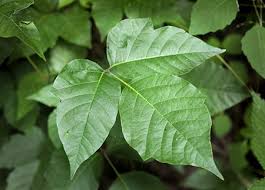 I have poison ivy.

Last Saturday I was with our youth group in a rough neighborhood in Detroit reclaiming abandoned and foreclosed houses. It was our task to take a city block and move from one boarded-up house to the next cutting down trees, shrubs, bushes and grass. We brought dignity back not just to houses that once held people, but to neighborhoods that still do.

Our kids were smart. We made sure they were. They worked hard and stayed on task. They stayed in front of houses and worked on curb appeal. I didn't. I was curious.

I walked around each house searching for the story behind their abandonment. I found new homes made of cardboard boxes in the backyard. I entered garages and sheds that had become living rooms. I even went into an "abandoned" house that was not "abandoned" at all - there were mattresses, clothes, books and food throughout. People were living there. 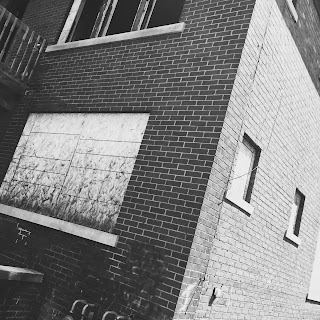 That expedition is what very likely led to the worst case of poison ivy I have ever had. Which is what I really want to write about.

I have poison ivy on both arms, both legs, my neck and my torso. I am literally covered in a red, blistery, oozing rash on 90% of my exposed body. It's terrible. It itches. It hurts. It's ugly. AND THE WORST OF IT ALL IS...

I came home from Detroit wanting to hug my wife and hold my kids. When I walked in the door my wife and I hugged like 6th graders doing a slow dance. My kids were curious and grossed out.

The next day I tried to work, but found myself itching my way through conversations. I shook hands with a member I had an appointment with, only to have him excuse himself so he could wash the poison ivy off. I sat awkwardly and uncomfortably through meetings and cringed with skin irritation 1,000+ times. I started daydreaming of having another kid and naming him/her Benedryl Calamine Hannon because those are the only things in this wretched world that bring me any consolation.

I feel like an exile. My wife doesn't want to touch me (I can't blame her). My kids are grossed out. Members are washing their hands after meeting me. People look at me with pity. The lad at Starbucks hands me my coffee like I'm a leper. I'm gross! And it sucks.

Which got me thinking... What do we carry around with us that keeps others at a distance???

I mean, I have poison ivy now, but we all carry stuff like this around all the time. We carry around a divorce, a diagnosis, a break up, an addiction, a death, and people keep their distance. We become lepers not just to the world, but to our friends and family.

But hope is not lost.

I'm loving the guy who touches those who others won't. I'm digging that Jesus rubs mud on the blind man's eyes. I'm understanding why Jesus takes the dead girl by the hand and says, "Little girl, get up." I love that Jesus touches the leper society has ostracized. I love that OUR GOD does not heal or deal at a distance, but rather, comes close and makes contact.

I hope you have never had poison ivy like this. But my guess is you've had something else. I suspect there is something in your life that has kept you from others and from God. So, trust and know this:


While somethings may keep others from you.
There is nothing - not even poison ivy or leprosy - that will keep God from you.

Keep the faith and stay In The Way.

October 25, 2019
So, I’m by myself in Sheboygan, Wisconsin at a bar that is waaaaaaaayyy too hip for me (and, quite frankly, I cannot believe there are places in Sheboygan that are too hip for me). Ten minutes ago, I asked the receptionist in the hotel lobby where the “cool kids” grab dinner (I, by the way, did not sound like a “cool kid” when I asked that question). She sent me here.   I’m desperately trying to fit in. The only problem is it is awkward. No, actually, I’m awkward. I want to order a beer but based on the tap handles it looks like my options are clown juice, buffalo something, or Budweiser (and I’m not ordering Budweiser).  I say, “Can I just have a pale ale?” The bartender asks if I want  circus-something  or  bison-whatever . “Whatever most people like,” I say. He asks if I want a pint or a mug. I say, “Whichever is bigger.” A moment later he approaches with a beer in the biggest mug I have ever seen. As I take my first sip, I look like a toddler trying to drink milk from a
Read more

October 08, 2019
They didn’t teach me this in seminary , was the only thing I could think while standing in a flooded kitchen at church with water pouring in from the drains in the floor. (Yes, you read that correctly. Water was pouring IN from the drains that are supposed to let water OUT.) I was overwhelmed, at a loss, and quite literally up a particular creek without a paddle. I didn’t know what to do or where to start. I felt inadequate and resented the world around me.   I’ve thought that a lot lately:  they didn’t teach me this in seminary . I’m nine years into my call at the church I serve and by now I expected to have things figured out. Unfortunately, with every passing day, week, and year I have found myself confronted more and more with situations that are beyond my control and questions for which I do not have the answer.  And I know a lot of people who are not in professional ministry who feel that way too.  There are many times in life when we find ourselves feeling like we missed
Read more